24 years on, nothing has changed for the exiled Kashmiri Pandits

24 years on, nothing has changed for the exiled Kashmiri Pandits

The Government of India has failed Kashmiri Pandits as they are still living as refugees in their own country. The state as well as the central government has not taken substantial measures till date for the return of Kashmiri Pandits back to the valley, says Varad Sharma 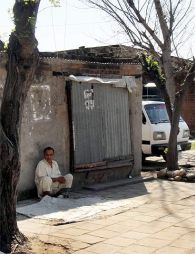 Exactly 24 years ago, on January 19, 1990, the biggest ever exodus of people happened since the partition of India. The minority Hindus of Kashmir, Kashmiri Pandits, fled the valley leaving behind their homes and homeland to save themselves from persecution at the behest of Islamic extremists/terrorists.

The so-called freedom movement (Azaadi) in Kashmir was joined by many local Kashmiri Muslims (and not all). They opted for guns for the so-called Azaadi which never was attained. The main purpose of terrorism in Kashmir was to create a valley homogenous in its religious (read Islamic) character. The minority Kashmiri Pandits were forced to leave the valley to create such homogeneity. If the majority community of the valley had not supported the insurgency, there probably wouldn’t have been any exodus of the minority community.

Ethnic cleansing sometimes involves the elimination of all physical vestiges of the targeted group through the obliteration of monuments, cemeteries, and houses of worship. Death or displacement may also be involved in ethnic cleansing where a population is identified for removal from an area or a region. With the rise of insurgency and Islamic extremism in Kashmir, houses of minority Hindus were burned and temples were destroyed. Also, notices were pasted on the walls of Kashmiri Pandit houses telling them to leave the Kashmir valley or to die.

Genocide may possibly be used as means to carry out ethnic cleansing. Genocide is defined as the deliberate and systematic destruction, in whole or in part, of an ethnic, racial, religious, or national group.

Article 2 of the 1948 United Nations Convention on the Prevention and Punishment of the Crime of Genocide defines genocide as any of the following acts committed with intent to destroy, in whole or in part a national, ethnical, racial or religious group, as such:

Killing members of the group;

Causing serious bodily or mental harm to members of the group;

Deliberately inflicting on the group conditions of life, calculated to bring about its physical destruction in whole or in part;

Imposing measures intended to prevent births within the group;

Forcibly transferring children of the group to another group.

On June 11, 1999, the National Human Rights Commission, in a ruling stated that “Against the stern definition of the Genocide Convention, the Commission is constrained to observe that while acts akin to genocide have occurred with respect to Kashmiri Pandits and that, indeed, in the minds and utterances of some of the militants a genocide-type design may exist, the crimes against the Kashmiri Pandits are near-Genocide and not Genocide.”

The United Nations Secretary General Kofi Annan at the 60th Session of the Commission on Human Rights in Geneva on April 7, 2004 said, “Wherever civilians are deliberately targeted because they belong to a particular community, we are in the presence of potential, if not actual, genocide.”

What happened in 1990s in Kashmir was ethnic cleansing of Kashmiri Pandits marked with genocide.Kashmiri Hindus were killed by terrorists in 1989 and afterwards until they left the valley. Prominent Kashmiri Pandits who were killed are Pandit Tika Lal Taploo, Justice Neel Kanth Ganjoo, poet Sarwanand Koul ‘Premi’ and his son, advocate Prem Nath Bhat, Lassa Koul (Director, Doordarshan Kendra – Srinagar).

Though the official figure of Kashmiri Pandit killings is 219, Kashmiri Pandit Sangharsh Samiti, a valley-based organisation, suggests that 399 Pandits were killed and the list of Pandit killings is still incomplete. A survey was done in 2008 and 2009 to find the precise number of Pandits killed. The survey revealed that 302 members of the community were killed in 1990 alone. Such selective killing of minority Hindus of Kashmir amounts to genocide.

Armed insurgency was a movement to secede the state of Jammu and Kashmir from India and Pandits were seen as living symbols representing India in Kashmir. They were seen as obstacle in the path of the so-called Azaadi from India. The valley was cleansed of Pandits because they had a tilak on their forehead. It is worthy to mention that there were some good neighbours of Pandits (belonging to the majority community of Kashmir) who advised them to leave as they also knew that the Valley wasn’t safe for Pandits anymore.

What has changed for the exiled Kashmiris in these 24 years? Have those responsible for making Kashmiri Pandits homeless been prosecuted in these years? Are the killers of minority Hindus punished for their barbaric acts? It is ironic that there has not been a single judicial enquiry about the exodus and killings of Kashmiri Pandits.

This January 19, 2014, Kashmiri Hindus will enter in 25th year of their exile. Remember Lord Ram’s exile was of 14 years but the exile of his followers from the Kashmir valley still continues. It has been 24 years and there are still no answers — answers about the exodus, the killings, the human rights violations, the justice and the return (back to Kashmir valley on their own terms).

Journalist Vir Sanghvi is so right when he wrote in his article on the 22nd anniversary of the exile of Kashmiri Pandits, “…when this anniversary passes, when bloggers have moved on to other subjects and something else is trending on twitter, that the Kashmiri Pandits will be exactly where they have been for the last two decades: nowhere people with no homeland to call their own.”