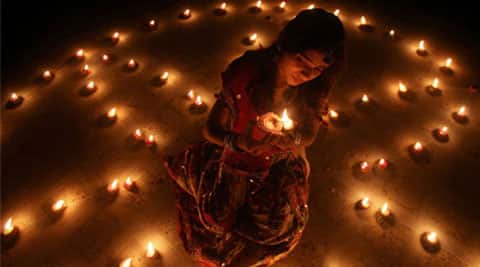 The Diwali Coalition highlighted importance of the festival for the city’s Hindu, Jain and Sikh communities.

A broad-based coalition of about 40 organisations and temples from New York City has asked the Mayor Bill de Blasio to include Diwali alongside the new proposed public holidays for Eid and Lunar New Year.

In a letter to the New York City Mayor, the Diwali Coalition highlighted importance of the festival for the city’s Hindu, Jain and Sikh communities and urged him to take into consideration the significant number of the city’s public school children who celebrate this festival.

“Diwali is one of the most widely celebrated holidays in our community,” said Diwali Coalition of NYC member Dr. Uma Mysorekar, president of the renown Ganesh temple in Flushing, Queens.

“For Hindus, Diwali celebrates the victory of good over evil and is a time for families to come together to pray for the well-being of all. We hope the Mayor will take our community’s request to heart and include Diwali among the new public school holidays,” she said.

This week, Congressman Joe Crowley, co-chair of the Congressional Caucus on India and Indian Americans, along with lawmakers Charles Rangel, Grace Meng, Carolyn Maloney, Yvette Clarke and Gregory Meeks also come out in support of the move.

In a letter to Carmen Farina, Chancellor of Education, spearheaded by Crowley, they noted the “increased recognition” Diwali has gained on the national stage.

Crowley and other members hosted the first-ever Congressional Diwali celebration in 2013, and the White House has recognised Diwali under successive administrations.

Both letters also drew attention to the huge number of temples and gurdwaras in the five boroughs as well as the plethora of Diwali celebrations in the city that draw thousands each year.

The Diwali Coalition also noted that last year the City Council of New York urged the Department of Education to “establish Diwali as an official school holiday for NYC public students”.

This entry was posted in Diwali and tagged Diwali, Diwali Festival, Hindus In America, Hindus in USA. Bookmark the permalink.