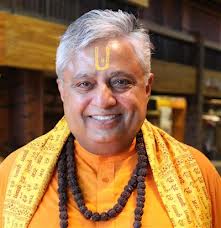 Distinguished Hindu statesman Rajan Zed, in a statement in Nevada (USA) today, said that BU should respond to the requirements of its Hindu students to provide designated permanent prayer-meditation hall for rituals, quiet reflection, festivals and spiritual exercise, which would help in their personal growth.

Zed, who is President of Universal Society of Hinduism, noted that they were disappointed on learning about reported cancellation of “Murthi Sthapana”. All were invited to witness the ceremony in the announcement which was posted on campus blogs, Facebook and Events Calendar and showed the image of Hindu deity Lord Ganesh. Instead the ceremony got reportedly replaced by a discussion about faith and space when the concerns were raised regarding space sharing.

BU already has three chapels — the Harlan Chapel (Protestant), the Bethlehem Chapel (Catholic) and the Berlin Chapel (Jewish) — which can hold wedding and other ceremonies; besides a Muslim prayer room and resource center.

Rajan Zed pointed out that establishment of a permanent Hindu prayer room would be a “step in the right direction” in view of presence of a substantial number of Hindu students at BU, as it was important to meet the spiritual needs of these students. Some other universities/colleges in USA now offered Hindu prayer rooms.

Zed urged all USA and Canadian universities, both public and private, to respond to the needs of their considerable Hindu student bodies and offer prayer facility. BU needed to recognize the intersection of spirituality and education, which was important in Hinduism, Zed added.

Joe Lanoie, writing in “The Brandeis Hoot”, a weekly newspaper “written about, by, and for the members of the Brandeis community”, on March 28, stated: “I want the Hindus to worship on campus, as it is their right. Brandeis grants us the ability to worship as we please. Not being able to do that is against all the founding principles of this university. The Hindu community on campus needs to find a place to worship that is their own.” Emily Belowich wrote another article dated March 21 in The Hoot with the title: “Hindu community still in need of a permanent space for worship”. Tannya Jajal, in another article dated February 14 in The Hoot, said: “Considering the university’s diversity, however, assigning space for other religions such as Hinduism has become important to students.”

Founded in 1948 and spread over 235 acres with over 5,800 students, Brandeis is one of the most selective private research universities and is ranked in the top tier in the nation. It counts among its alumni a Nobel laureate, former Iceland Prime Minister, three Pulitzer Prize winners, and several Emmy Award-winning actors-broadcasters-producers. Annual tuition-room-board cost over $57,000. Perry M. Traquina and Frederick M. Lawrence are Trustees Chair and President respectively.

This entry was posted in General, Temples and tagged Brandeis University, BU, prayer room for Hindus. Bookmark the permalink.