Existence of River Ganga in danger !

Existence of River Ganga in danger ! 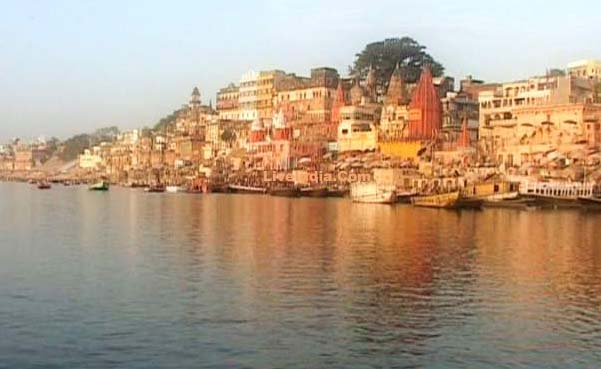 River Ganga holds very important place in life of every Indian; but its condition has become extremely pathetic today. B. D. Tripathi, an environmentalist and member of ‘National Ganga River Basin Authority (NGRBA)’ set up in February 2009 has expressed deep concern over existence of River Ganga being in danger. As per the research undertaken for past 40 years, condition of River Ganga is so serious that it might disappear if steps are not taken for its revival.

In the year 1985, Rajiv Gandhi pretended to take up the project of purification of River Ganga. About Rs. 1500 crores have been spent so far under this project. It is expected that Rs. 20,000 crores would be required for the remaining work undertaken now. The question here is when River Ganga has not been cleaned, where all the money spent on the project has gone ? It needs to be found out. It is possible that the money could have been misappropriated. River Ganga flows through 5 States of India viz. Uttarakhand, Uttar Pradesh, Jharkhand, Bihar and West Bengal. All these five States have only tried to see how the River could be polluted. The Central Government has declared River Ganga as ‘National River’; but no steps have been taken or plans made to maintain it as National River.

Shri. Tripathi tried to draw attention of Congress Government on number of occasions; but the Government completely ignored him. Since setting up of NGRBA, only 3 meetings were held, just as a formality, during the period of 4 years. Hindus, therefore, feel that all efforts are probably made to destroy River Ganga.

Every day, 1.1 kilo litres waste water is mixed in River Ganga. In 1982, there were 5000 dolphins in this River; but the number has gone down to only 1800. Presently, the flow of Ganga has reduced; its capacity to carry water has gone down and water level in the river is also reducing. As such, the issue of pollution of River Ganga has not remained as important as compared to saving River Ganga.

River Ganga is an inseparable part of life of a Hindu, from his birth till death. A smallest child is given water of this River to drink; whereas at the time of death also, ‘Ganga-teertha’ is given to person on death-bed. In all 16 ‘sanskars’ performed by Indians, water of River Ganga is used as sacred water (teertha). Water of River Ganga has the capacity to kill germs; therefore, there is no need to purify it again. Such holy water of this River has become so polluted due to indifference of rulers that citizens are scared to drink it out of fear of falling sick. If this condition remains as it is, we will lose a great spiritual heritage and all of us will have to face consequences of this sin.

Need to take some hard decisions !

Big dams have been built on this River for generation of electricity. Its flow has been obstructed at many places and as it goes further, the flow goes on reducing. All the above 5 States will have to be permanently stopped from building such dams over this River. Work related to all dams under construction will have to be stopped. Other natural resources will have to be found for generation of power. Effluents from thousands of factories are let in River Ganga without processing; besides, sewage water is carried to this River by many municipal corporations. If water is flown to River without processing, it will have to be treated as crime with imprisonment as its punishment. All constructions on River’s bank will have to be prohibited. Constructions already erected might have to be demolished. Shri. Narendra Modi, the Prime Minister of India, was elected from Varanasi; therefore, Hindus have some hope. Shri. Modi has also stated that ‘Protection of River Ganga will be one of his main tasks’. All citizens are, therefore, looking with expectations that he would directly take action.