US House To Open With Hindu Prayer

US House To Open With Hindu Prayer 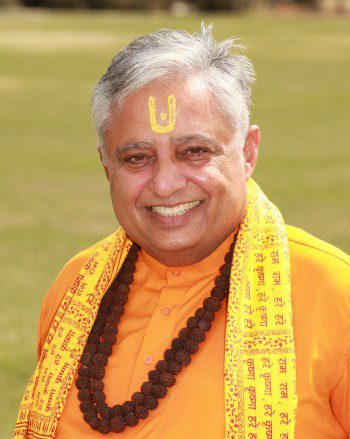 United States House of Representatives in Washington DC will open with Hindu prayer on June 19 at 12 noon.

Distinguished Hindu statesman Rajan Zed will deliver this prayer from Rig-Veda, world’s oldest scripture in continued use, besides lines from Upanishads and Bhagavad-Gita (Song of the Lord), both ancient Hindu texts. He plans to start and end the prayer with “Om”, the mystical syllable containing the universe, which in Hinduism is used to introduce and conclude religious work.

Beginning with Gayatri Mantra, considered most sacred mantra in Hinduism, Zed, who is President of Universal Society of Hinduism, plans to recite from Brahadaranyakopanishad, saying: “Lead us from the unreal to the Real; from darkness to light; from death to immortality”. Reading from Bhagavad-Gita, he proposes to urge US Congressmen and Congresswomen to “strive constantly to serve the welfare of the world”.

Rajan Zed received an invitation from House Chaplain Reverend Patrick J. Conroy “to open the United States House of Representatives with prayer as our guest chaplain”. This prayer will be shown live on C-SPAN.

Zed made history by reading the first Hindu invocation of United States Senate in Washington DC in 2007. He also has read opening prayers in various State Senates and State Assemblies/Houses-of-Representatives, various County Commissions/Boards and City Councils all over USA.

Rajan Zed is a global Hindu and interfaith leader, who besides taking up the cause of religion worldwide, has also raised huge voice against the apartheid faced by about 15-million Roma (Gypsies) in Europe. Bestowed with World Interfaith Leader Award; many cities in USA have named October 25 as “Rajan Zed Day”.

US House of Representatives is one of the two chambers of US Congress (other being the US Senate) and it makes and passes US federal laws. Republican John Boehner is the Speaker. It assembled for the first time in New York in 1789.