Pak army operation in Waziristan: Over 100 Hindus among thousands displaced

Pak army operation in Waziristan: Over 100 Hindus among thousands displaced

ISLAMABAD: Over 100 Hindus are among thousands of people who have fled the restive North Waziristan tribal region due to Pakistan military’s operation against Taliban militants, media reported on Friday.

The members of this small vulnerable minority group are among more than 450,000 people forced to flee the onslaught which was launched on June 15 against the local and foreign militants hiding in the area.

Most of the Hindus belong to the Balmiki caste and lived in the militancy-infested North Waziristan throughout the troubled years, the Nation reported.

Like their majority Muslim neighbours and other small minority groups like the Christians, the Hindus have been forced to abandon their homes and take refuge in Bannu in Khyber-Pakhtunkhwa province.

They share the plight of the rest of displaced people who often complain of lack of food and other facilities.

“The minorities of North Waziristan complain that they have been ignored by the government and are living in Bannu city in miserable condition. Currently a Christian community in Bannu is providing help to both Hindus and Christians with food, shelter and other necessities of life,” the report said.

An 80-year-old Hindu woman, Jamila Laal, who escaped from main city of Miranshah, where she has been living since 1949 when she married a local businessman.

Her ancestors migrated from Ferozpur, India, before partition and settled in North Waziristan and like other tribesmen of the area are also emotionally attached to their hometown.

“I have spent my entire life in Miranshah, I never imagined that a time will come that we will leave the area and become homeless like we are today,” she said.

Jamila Laal is one of the 114 Hindus who have left North Waziristan during the ongoing military operation, reported the paper. 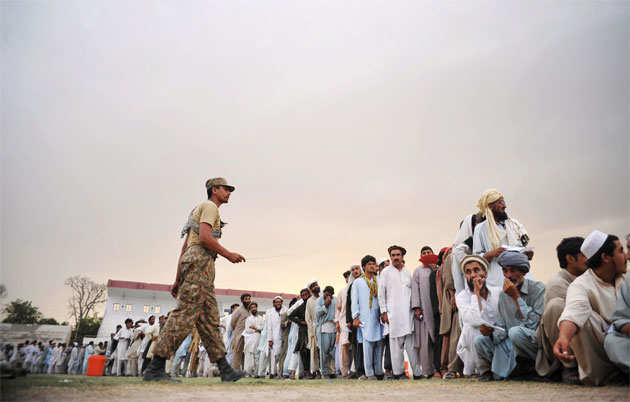 According to Father Wasim Ayaz, Christian community in Bannu is helping around 25 Christian and Hindu families of North Waziristan.

“Neither the government’s representatives nor the political leadership of minorities have so far come to help these poor people,” he added.

The family of Rajish Daas from Civil Colony Miranshah, who is a tailor by profession, said “We have been registered as IDPs at the Saidgai Checkpoint but we are being treated as second class citizens. The minorities are being ignored at food distribution points.”

The Christian and Hindu minorities of North Waziristan said that the local tribesmen were very kind to them who never interfered in their affairs.

However, a constant fear was in their minds due to clashes between militants and security forces in the area. 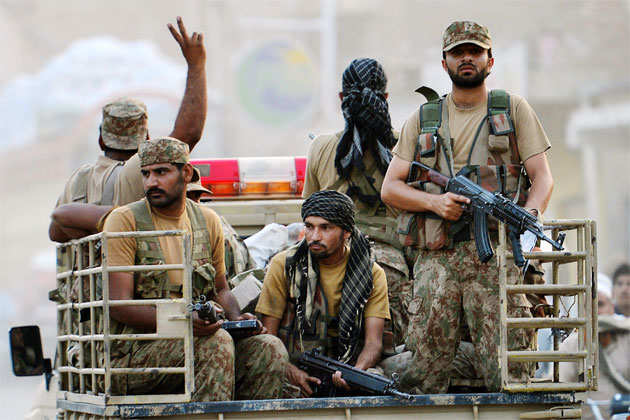 There are some Hindu families settled in Bannu district and reportedly some minority IDPs have also taken shelters there but so far none of the minorities have reportedly allowed to be settled in government-run camp.

Reacting to their complaints, special assistant to chief minister Khyber Pakhtunkhwa for minorities’ affairs Sardar Suran Singh said these families had not registered themselves while crossing Saidgai checkpoint.

“It is their own mistake and government should not be blamed. I am personally visiting the area tomorrow to solve the issue,” he said.

“Until the issue is not resolved, I will accommodate and facilitate all these people from my own pocket.”

This entry was posted in Anti Hindu, Attacks and tagged displaced Hindus, Hindus in Pakistan, plight of hindus in pakistan. Bookmark the permalink.