Bangladesh for Muslims only

Bangladesh for Muslims only 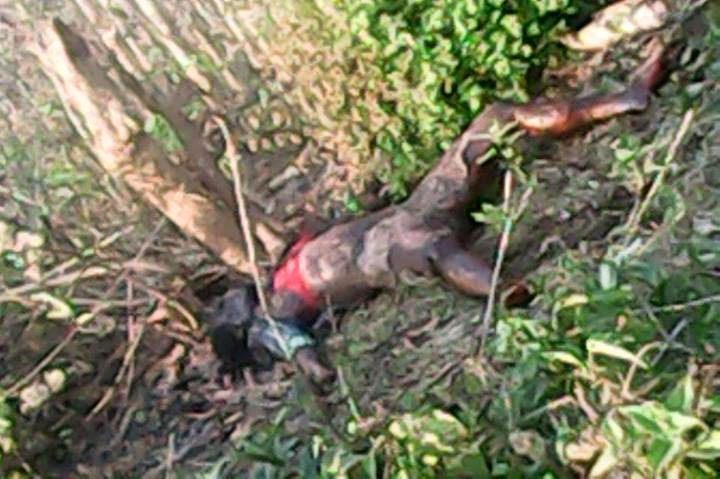 The present condition of Chakma people, followers of Theravada Buddhism and living in the Chittagong Hill Tracts of Bangladesh, is akin to Hindus and with each day it passes, these people are being persecuted by Islamists backed by political parties, irrespective of alleged political differences, there more and more. And how sordid they are in Bangladesh has come forth with the gang rape and brutal murder of Bharati Chakma (age 28). Bharati used to live in Karalyachari Headman area within Kianghat Union in the district of Khgarachari in CHT. She was the sole wage earner in the family and used to work in a garments factory. On March 26, 2014, at 4 pm, Bharati left Chittagong to return to her household. While she was returning to Khagrachari from Chittagong in a motorcycle, a group of 5 Bengali Muslim youths pursued her. These people, known as settlers to indigenous people and backed by Bangladeshi government to change demography in the area, were from Pagjyachari and Kalopahar Gucchagram areas, and as soon as Bharati reached west Kianghat area, culprits kidnapped and took her to the teakwood garden nearby forcibly. She was gang raped repeatedly and murdered afterwards. Later on, the corpse was left in a mango orchard; the mutilated body was discovered only on March 29 by the local police. About one month ago of this incident, another housewife named Sabita Chakma was also gang raped and murdered by Bengali Muslim youths or neo-settlers in CHT these days. Police is yet to find out the culprits.

This is not all. On 4 April 2014, a Patro indigenous woman (35) was raped by an Islamist army member at Kulauti village of Khadimpara union under Sylhet sadar upazila in Sylhet district. On 5 April 2014 an indigenous Tanachanga woman was kidnapped alleged by a group of 5-6 Bengali Muslim settlers led by Dr. Hamja and Dr. Muktar from Reju Fattrajhiri village of Naikhyongchari upazila in Bandarban district. In all these cases, consequence remains same; police and administration are yet to adopt strong measures and detain culprits.

Even if the 10 th Parliamentary Election on January 5, 2014 in Bangladesh took place resulting in the ascension of Awami League, Hindus had become the worst casualty for daring to vote denying warnings of Jamaat and other Islamist forces. And the same saga has been going on successfully. What makes Bangladesh retain such an inhuman heritage? This condition has been described by Dr. Anisuzzaman. According to him, “Secularism is a necessary and common attribute in democratic governance. The first and foremost obligation of the State is to set up Right to Freedom of Religious Belief for all. Four principles of Constitution of 1972 have returned but till Islam remains the State Religion, other religions in Bangladesh will have to endure an inferior status.” Dr. Salahuddin Ahmed, national professor, also said, “Laws must be promulgated to bar entrance of religion into the political arena. If Jamaat-e-Islami is banned in Bangladesh, it will return definitely but with a new name. So, use of religion in politics has to be outlawed.” (Both views were published in Prothom Alo – May 11, 2014).

It is worthwhile to mention, seven Hindu families, living in Panchabati, Fatulla in Narangunj Sadar Upazilla (sub-district headquarters) within the district of Narayangunj in the Dhaka division of Bangladesh, were uprooted from the 150-year old zamindar (landlord) mansion in the area recently. They were evacuated without any notice and at the behest of a local Muslim leader of Awami League, reigning political party in the country castigated frequently by radical Muslim outfits for having an alleged secular viewpoint. Hindu members of the persecuted families are living in fields and without any assistance.